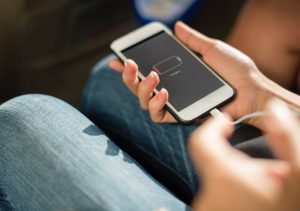 An uninterruptible power supply, commonly known as a UPS, is a battery power system designed to prover emergency power to a load, say computer system, when there’s power failure from the primary input source. HOWEVER, the UPS shouldn’t, however, be confused for a standby generator or emergency power system, as it only provides almost instantaneous protection from power interruptions for a short time until normal power is restored. The battery backup helps keep the load powered for at least 5 minutes, allowing you sufficient time to shut down the protected equipment safely or until an auxiliary power source comes on-line.

APC UPS battery replacements UK are typically used, though not limited, to protect data centres, computers, and telecommunication equipment from unexpected power interruption that could cause severe damage to the equipment, data loss, business disruption, and even fatalities. These UPS systems come in different sizes and capacities. The smallest is designed to protect one computer (without its video monitor) to units large enough to power an entire data centre (more than 1MVA), manufacturing process, and buildings.

Modern UPS systems are categorised into 3 different types and designs. These are:

a. Standby/Offline UPS system
A standby UPS system is designed to power the load directly by the input power, with the backup power system triggered at the slightest hint of power interruption or failure. The transition is ever so smooth that your computer systems hardly notice it. UPS systems of below 1KVA are either standby or line-interactive and quite affordable.

b. Line-Interactive UPS
This UPS system has an always-on Inverter that redirects the battery’s current to supply current when/if power is lost.

c. On-Line UPS System
This type of UPS system uses double conversion. The AC input is converted to DC to charge the rechargeable battery, after which the battery current is converted back to 120V/240V AC to power the equipment.

Dynamic Uninterruptible power supplies may also be used for large applications too. It employs the use of asynchronous alternator/motor connected via a choke to the mains. A flywheel is then used to store the energy, which is converted or used when power from the mains fails. The system uses Eddy-current regulation to maintain enough power and current for the connected equipment. However, researchers are developing a fuel cell UPS that uses hydrogen and fuel cell as a power source. This potentially provides longer run times for your equipment.

The SPS, or Standby/offline UPS system, comes in the most basic features designed to provide surge protection and power backup through a battery system. With this UPS design, your equipment is connected directly to the input utility line. The internal DC-AC inverter only turns on when/if the input voltage drops below the predetermined level. The SPS detects the low-input voltage and mechanically switches to battery backup, with the switchover happening in less than 25 milliseconds. Most equipment hardly notices the switchover and continue running even after power loss. This is, of course, dependent on your equipment’s sensitivity, although you can have a UPS system designed for that specific equipment. More sensitive equipment might, however, fare much better with an on-line UPS system. Most standby/offline UPS systems are designed to cover/protect a wide range of equipment, and especially data centres and personal computers, from brownouts and such. This not only ensures your equipment continues to run, allowing you to turn them off safely but also protects internal electrical components from damage.